We just got back from the best weekend ever in New Orleans, Louisiana (‘NOLA’ or ‘The Big Easy’).

New Orleans is located on the Mississippi River in southeastern Louisiana. It is one of the world’s most fascinating cities; known for its distinctive French architecture, Cajun culture, food, music, multicultural events and Mardi Gras festival. It’s also known as the “birthplace of jazz.” 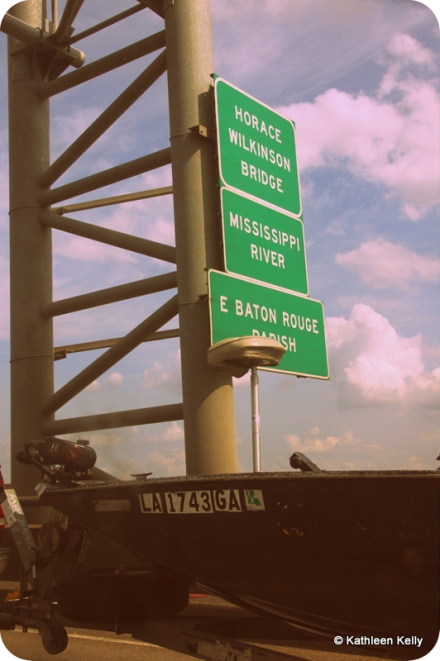 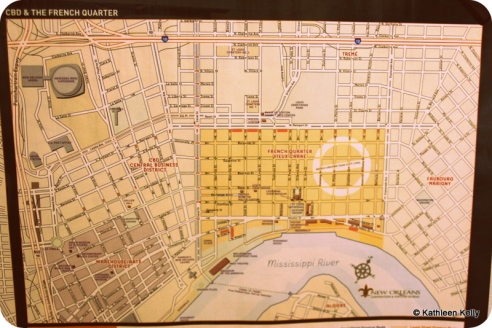 Steeped in a history of influences from Europe, the Caribbean, Africa and beyond, it’s home to a truly unique melting pot of culture, food and music.

1) The City of New Orleans was founded under the name La Nouvelle-Orléans on May 7, 1718 by Jean-Baptiste Le Moyne de Bienville and the French Mississippi Company. The city was named after Phillipe d’Orléans, who was France’s head of state at the time. In 1763, France lost control of the new colony to Spain with the Treaty of Paris. Spain then controlled the region until 1801, at which time, it was passed back to France.

2) In 1803 the region encompassing New Orleans and surrounding areas was sold by Napoleon to the United States with the Louisiana Purchase. The city then began to grow considerably with a variety of different ethnicities.

3) New Orleans began to play a large role in international relations as it developed into a large port. The port then played a role in the Atlantic slave trade but also the exportation of different commodities and the importing of international goods for the rest of the nation up the Mississippi River.

4) Throughout the rest of the 1800s and into the 20th century, New Orleans continued to grow rapidly as its port and fishing industry remained important for the rest of the country. In the end of the 20th century, growth in New Orleans continued but planners became aware of the city’s vulnerability to flooding after erosion of wetlands and marshes. 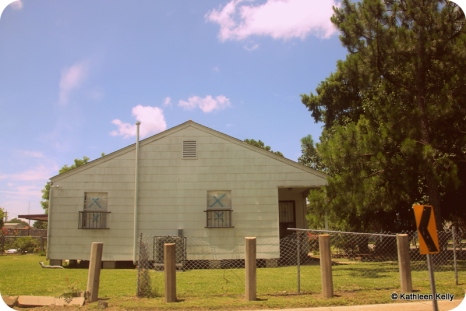 There are still quite a few abandoned houses

6) New Orleans is located on the banks of the Mississippi River and Lake Pontchartrain about 169 km north of the Gulf of Mexico.

7) The climate of New Orleans considered humid subtropical with mild winters and hot, humid summers. The average July high temperature for New Orleans is 32.8°C while the average January low is 6.3°C.

8) New Orleans is known for its world-famous architecture and areas like the French Quarter and Bourbon Street are popular areas for tourists. The city is one of the top ten most visited cities in the U.S.

9) The economy of New Orleans is based largely on its port but also on oil refining, petrochemical production, fishing and the service sector related to tourism.

I couldn’t love New Orleans more. We had an amazing time and the food/music/architecture/culture is freaakking incredible.

We stayed right near Frenchmen Street, just east of the French Quarter. This neighbourhood is “where the locals hang out”, and is pretty far removed from the crazy-touristy-buzz of Bourbon Street. The afternoon we arrived, we dropped our bags, walked out of our apartment and 30 metres down the street came across a brass band playing on the street corner. That night we hung in our neighbourhood; went to a night market and tuned into some local jazz.

We made an exciting discovery that first night too – that New Orleans doesn’t have an ‘open container law’, which means you can drink and carry booze around open in the street (on the sidewalks, in city parks). So naturally, we had drinks in our hand walking around most of the weekend.

The next day was super fun, we walked up Bourbon Street and explored the French Quarter. We drank in multiple watering holes, visited voodoo shops, played with crawfish, and went out for delicious dinner. In fact, I’m going to dedicate a whole page to the food we ate in Louisiana, but I’ll wait that deliciousness for next week.

Dave and I were curious to learn more about Hurricane Katrina and it turned out our friend Benj had been there helping to clean up about 6 months after it happened. He described to us about how the city was when he was there and I think it was pretty encouraging for him being back now and seeing much of the city on the rebound. As a tourist walking around the French Quarter and the city, you’re hard pressed to imagine the devastation that occurred. But Benj took us for a drive to Lakeside, one of the very badly hit (and poorer) suburbs and it became clearer just how destructive it was. 8 years on, many houses lie abandoned, local businesses are closed and there are still tarps on rooves where people are DIY-ing repairs. If you’re interested in finding out more, check out the history channels footage and information – click here and there are loads of websites about post-Katrina New Orleans, just google it.

I left the city in love and will be heading back that way for sure. 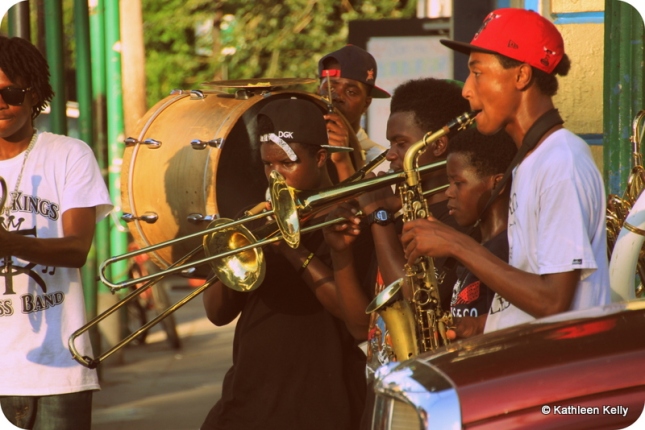 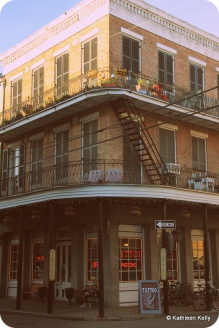 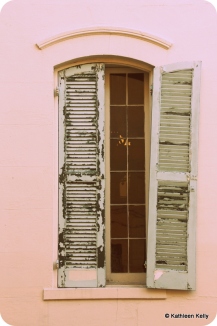 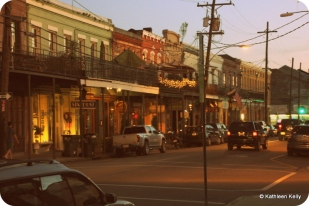 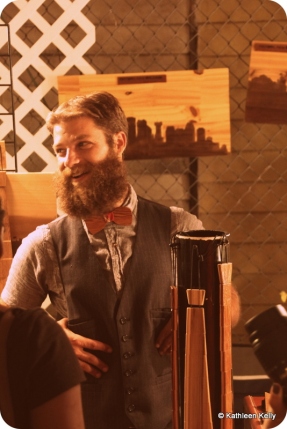 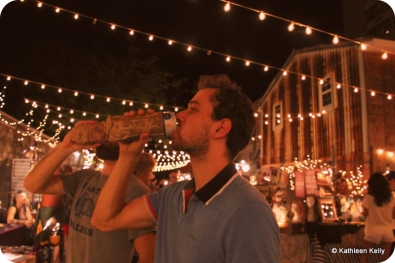 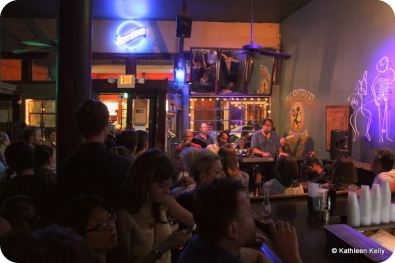 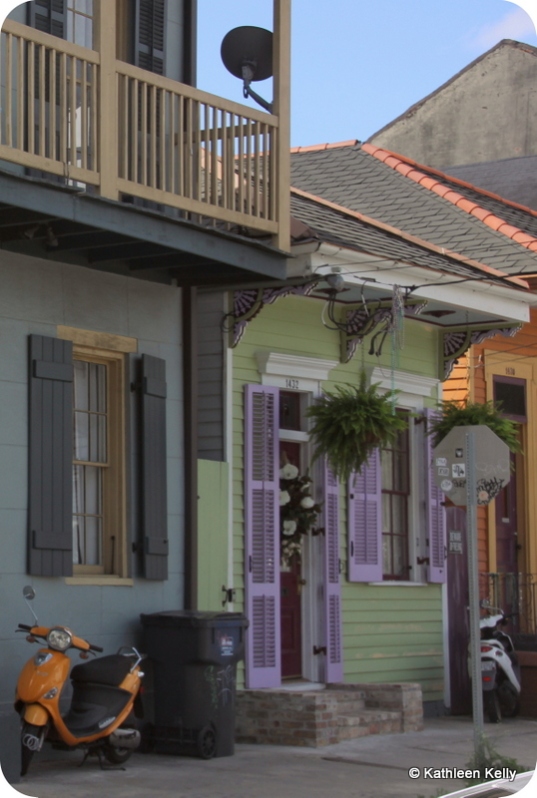 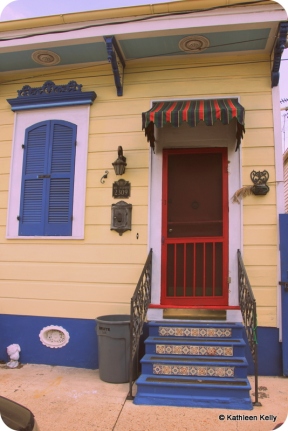 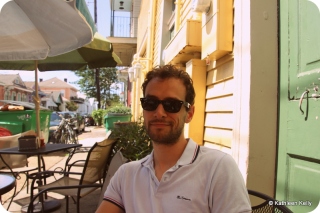 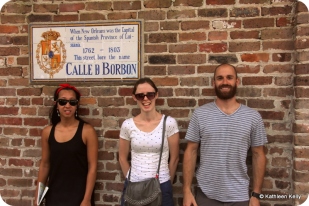 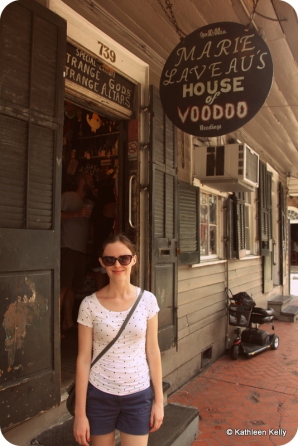 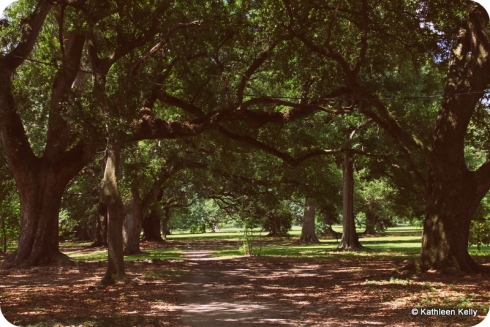